This post discusses how we use end-to-end testing techniques to test Wallaroo’s autoscaling features.

Autoscaling in Wallaroo enables adding or removing work capacity from an application that performs partitioned work. In other words, it allows users to change the number of workers that are concurrently handling a parallelized state computation. To understand what this means, we will cover some basic Wallaroo terminology. If you’re already familiar with these terms, feel free to skip ahead to the next section.

Computation (Stateless) Code that transforms input data to output data (optionally omitting the output if it is being filtered).

Parallel Computation A stateless computation that can be executed in parallel on multiple workers.

State Computation Code that takes an input data and a state object, and operates on the input and state (possibly updating the state), and optionally produces output data.

Source An input point for data from a external systems into the application.

Sink An output point for data from the application to external systems.

Partitioned State Computation Wallaroo supports parallel execution of state computations by way of state partitioning. The state is broken up into distinct parts, and Wallaroo manages access to each part so that they can be accessed in parallel. To do this, a partition function is used to determine which state part a computation on a particular datum should be applied to. Once the part is determined, the data is routed to that state part, and the State Computation takes pair (data and state part) to execute the computation logic.

If you would like a more in-depth review of how autoscale works, check out the Introducing Wallaroo’s autoscaling feature post we published in the fall, or the Autoscaling Feature Section on WallarooLabs.com.

The rest of this post will discuss how we test autoscaling.

A Feature is Only Good if it Works, Right?

We’re pretty big on the whole testing thing at Wallaroo Labs. We like to make sure things work correctly in both dev and real environments. We also like to make sure they work well in unideal environments, fraught with network errors, process crashes, and severe resource constraints, because they can teach us a lot about the kind of behaviour we might see from Wallaroo when it’s taken to the absolute limit.

Wallaroo is a complex system: 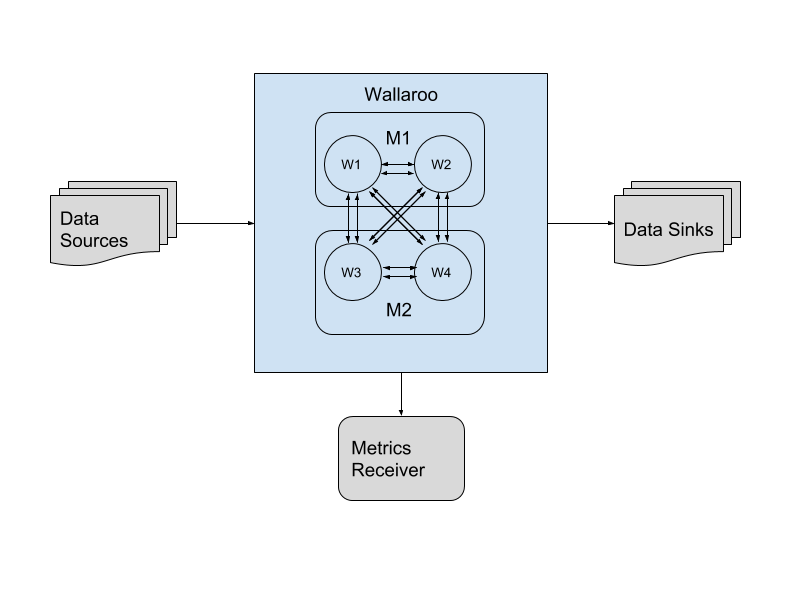 Testing this sort of system is challenging, and testing a feature like autoscaling, which requires an entire system to be in place, isn’t simple. You may call this an integration test, or an end-to-end test, but in either case, this is the sort of feature that needs a fully running system, with input, output, verification, and most importantly, control instrumentation, in order to test effectively and repeatably.

On The Need for Repeatability

Testing a distributed system is a laborious process, and it only gets worse the deeper you dive into the kind of autoscale tests we want to run. Growing from 1 worker to 2, or shrinking from 2 to 1 may be manageable as a manual test. Shrinking from 10 to 7 after several grow and shrink events with lots of state lying around everywhere takes more effort to set up, and then getting the timing of the various events right can be difficult.

What’s worse, though, is that the more complex the test, the less likely it is that a manual run is even recreating the same conditions during the test! Is the timing right? Did we get the commands exactly the same? Is the input sent in at the right time, at the correct rate, and is it stopped at the same time in each test iteration?

If a test fails, and we can’t reproduce that failure as near as possible to the original failure, then figuring out the cause becomes that much more difficult. So it is an important aspect for a testing system that errors can be easily and reliably reproduced. And the same idea applies once the fix is implemented—how can we trust that the fix solved the problem if we couldn’t reliably reproduce the error in the first place? And besides, we want to run these tests in CI!

So we need some automation.

Luckily, we already have an integration testing framework for Wallaroo, which supports both standard blackbox integration tests, as well as scripted correctness tests for scenarios like state recovery, log-rotation, and autoscaling.

In order to make the tests repeatable, however, we also need to control for the non-determinism that arises from the distributed nature of Wallaroo.

We use several techniques to ensure a repeatable state in tests: 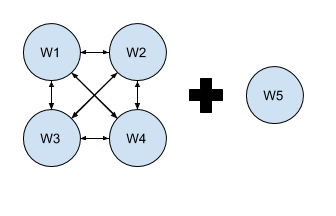 A grow event involves 1 or more workers joining the cluster. The existing workers migrate some of their load over to the new workers. We test that:

* Note that the test for the balance of the partition distribution is done in a unit test, and is outside the scope of the full system test. 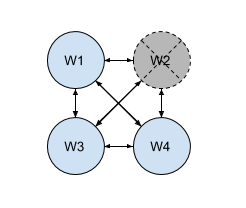 A shrink event involves 1 or more workers leaving the cluster. The leaving workers migrate all of the load to the remaining workers. We test that:

Success Criteria for Both Grow and Shrink

In addition to these event-specific tests, we also test that:

Data is sent from the source at a constant rate throughout the duration of the test, so that the autoscaling features are tested under a continuous load.

Wallaroo’s test instrumentation framework is written in Python and makes use of the subprocess module to control external processes (such as Wallaroo application workers).

Flow control is governed by state changes: after each phase of the test, the test criteria are checked, and if they’re all met the test will move forward to the next phase, or else if they are not met within a timeout period, the test will fail.

While in many cases you may only be interested in testing that the autoscale behaviour works, we are specifically interested to test that it works continuously throughout the application’s lifetime. This means that it’s not enough to test, for example, that the cluster can grow by 1 worker. We want to also test that it can do so multiple times in a row.

The same idea applies to more complex test sequences, such as grow by 1, shrink by 4, grow by 4, shrink by 2, and so on, which can then be repeated in multiple cycles. These tests have already flushed out bugs in routing and partition balancing that only show up on the 3rd, 4th, and 10th iterations of some test sequences and wouldn’t arise earlier in the test.

Being able to define repetitions independently of the sequence also allows us to express tests more concisely, which turns out to be pretty handy!

With the technical details covered, let’s talk about the test harness itself.

The way an autoscale test is defined is by the types and sizes of the operations we wish to execute. For example, in a test that grows by 2 and then shrinks by 2, we can say that we want to effect the sequence of changes +2 and -2 on the cluster topology. To repeat this sequence 4 times, we can define the number of cycles to be 4. So far so good.

But there’s a catch, isn’t there? Yes. There is.

While we can run any number of grow events starting with an application cluster size of 1 worker, the same isn’t true for shrink events. We can’t shrink a cluster to less than 1 worker, because then we’d have no workers left, and there would be no more application to test (although in practice, the cluster will refuse to shrink below 1 worker). We can solve the disappearing-cluster problem by defining the initial number of workers in the test such that there is always at least 1 worker remaining, but that’s an easy vector for user errors. So instead, the test harness computes the initial cluster size based on the sequence of operations and the number of cycles. A test definition may still override the value for an initial cluster size, in which case the test harness will first validate that the cluster will not dip below 1 worker at any point during the test before proceeding to run the test. This is useful when we want to test the same sequence of operations on very large topologies (testing the extremes can be so informative!).

We then use pytest to run the set of autoscale tests.

The basic autoscale operations are:

Since we want to test that any sequence of autoscale operations is valid, at the very least, we have to test every possible pairing of the basic operations. We use a 4x4 matrix to generate the 16 tests that cover each possible pair. We still need more tests, however, because of Wallaroo’s multiple APIs. So we also duplicate each of the tests for each API, resulting in a 4x4x2 matrix of tests (soon to become 4x4x3 once the Go API gets official autoscale support). In all, we currently run 32 separate autoscale tests for Wallaroo’s Python and Pony APIs.

In addition to the tests described above, we keep working on improving our system’s testing capabilities. Over the next few weeks we plan on adding:

As with all new features, bugs are expected. Here is a sampling of the bugs we have found (and fixed) so far:

The full system tests required to test the autoscale feature made use of our existing integration test instrumentation framework, along with an additional layer on top of it to manage the different autoscale phases and their validation. We found this harness to be tremendously useful in finding bugs and in building confidence in their resolution, since the repeatability of the tests means that the same conditions are present in each run of a particular test.

In addition to making it easy to define (and expand) the suite of tests that we run, the autoscale testing harness also serves as the basis for our next testing project: generative testing. Look out for a future post on the topic!